Miami (AFP) – Inter Miami captain Luis Robles never imagined his first few months in South Florida would be like this.

Two weeks ago, the veteran Major League Soccer goalkeeper had been preparing to lead David Beckham’s new franchise into their first ever home game.

END_OF_DOCUMENT_TOKEN_TO_BE_REPLACED

FROM STEVE BRENNER AT THE BANC OF CALIFORNIA STADIUM

It went, for the most part, as expected. Inter Miami owner David Beckham looked resplendent in a dashing Ralph Lauren suit with a club crest taking pride of place on his blazer.

The former England captain’s wife Victoria and son Brooklyn arrived to offer moral support while celebrity chef, and, lest you forget, former player Gordon Ramsay also appeared in the posh seats. Whether he was cheering on Major League Soccer’s latest team or serving up some post-match roast chicken was unclear.

END_OF_DOCUMENT_TOKEN_TO_BE_REPLACED 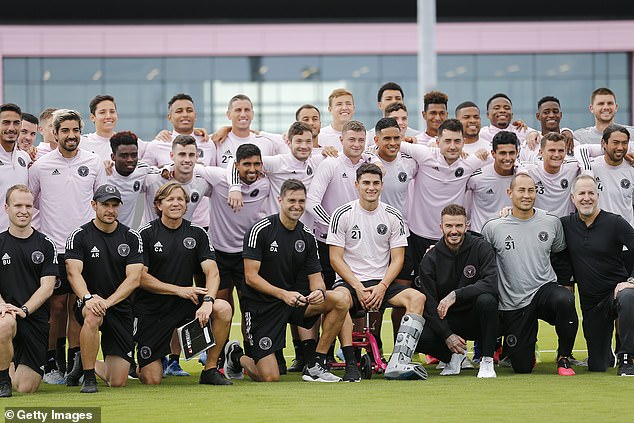 And so, finally, David Beckham’s moment has arrived.

Here in the City of Angels, the former England captain will be in a private version of footballing heaven as his Inter Miami Major League Soccer expansion team roll out for their first competitive match.

Last season’s high-fliers Los Angeles FC are the opponents – and it could be a chastening afternoon for the MLS new-boys.

END_OF_DOCUMENT_TOKEN_TO_BE_REPLACED 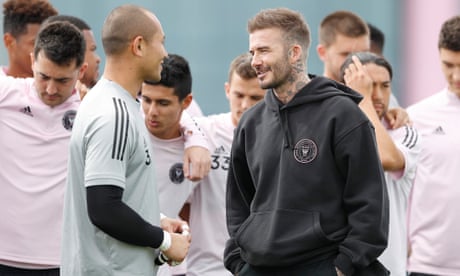 FROM STEVE BRENNER IN LOS ANGELES

When David Beckham’s Inter Miami take to the field at the Banc of California stadium on Sunday night, six arduous years of crippling uncertainty will melt away.

The former England captain never thought it would be like this, yet the Miami political landscape is far trickier to beat than a well positioned defensive wall with a curling free-kick, something the 44-year-old did so wonderfully during his stellar playing days.