Joseph DaGrosa, a Miami-based investor and entrepreneur, is no stranger to financial challenges.

So competing against one of the world’s richest football teams – whose star player costs twice as much as the entire club he had just purchased – was a task that whet the 54 year-old’s appetite.

Last month, DaGrosa finalized a $114m deal to buy FC Girondins de Bordeaux, the six-time Ligue 1 champions, located in one of the finest wine regions in the world.

Going from wealth management to expectation management is a career overhaul, to put it mildly. “This is certainly more fun,” DaGrosa tells the Guardian. “The first deal I really cut my teeth on was leading an investor group with a couple of other partners when we bought Burger King franchises out of bankruptcy. That was really the first time I led a major turnaround, but it’s very rewarding when you get it right.” 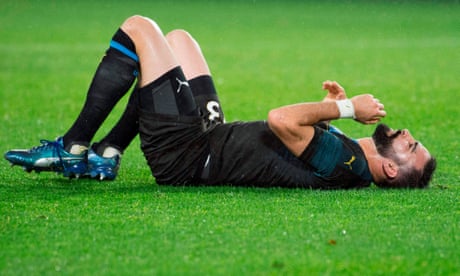 This month Bordeaux have already demonstrated their resolve as they battled to earn a draw against PSG and ended the Parisians’ 14-match winning streak in the league. Yet it will take one of the most incredible and dramatic turnarounds in sporting history to usurp PSG at the top of Ligue 1 – the title race is effectively over before the turn of the year with second-placed Lille already 13 points behind the leaders (Bordeaux, meanwhile, are 23 points off the pace).

The task is daunting. With the Qatari investment at the Parc des Princes helping establish a club valuation now at $930m with revenue streams touching $482m a year, financial disparity in French football is plain to see. When Bordeaux came calling, however, DaGrosa was ready. “I love people, I love engaging with fans, and I love their passion for the sport. I love it all,” he says.

Bordeaux, once home to French football royalty such as Alain Giresse and Zinedine Zidane, are an enticing prospect, despite the glaring financial disadvantages compared to PSG. DaGrosa, however, is undeterred, an attitude that will endear himself to fans who last tasted a league title in 2009. DaGrosa’s best-known restructuring triumph occurred when he was at 1848 Capital Partners, one of the companies he founded. While there, he acquired 248 Burger King franchises out of bankruptcy. This, however, is a completely different ball game.

“It’s not easy,” he continues. “We can’t compete toe-to-toe against PSG, dollar-for-dollar. It’s insane. I mean, I don’t have oil in my backyard, so at the end of the day, we have to find a different way to compete, and we think that means getting to young talent first. We want to be first to attract the best players in France, who have been producing some of the best talent in the world. Let them pay the big money for the big players.”

The influence of Qatar in PSG continues to resonate all over French football, and the rest of Europe is also taking note. Earlier this month, La Liga president Javier Tebas called for PSG, who have already been investigated (and cleared) following the record-breaking signing of Neymar from Barcelona in 2017, to be thrown out of the Champions League for flaunting Uefa’s financial fair play rules.

“In general, everyone is scared to death of PSG. I view them as the bullies of the league,” says DaGrosa. “That’s how I view them. We’re here to win. It may take us a while, but we’re here to win. You have to adapt to the warrior within. It’s a war.”

DaGrosa, a native New Yorker and keen supporter of the New York Mets, looked at investing in the Premier League or Spain’s La Liga before eventually setting his sights on Bordeaux. He’s now the second American currently in charge of a French team, following former Los Angeles Dodgers owner Frank McCourt’s purchase of Marseille in 2016. 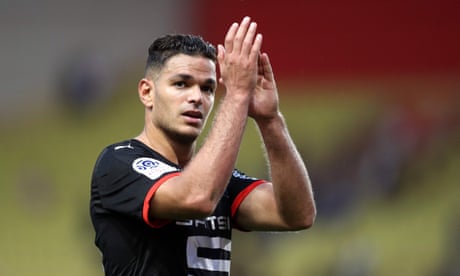 DaGrosa aims to spend a majority of the season in Bordeaux and, unlike fellow American owners such as Stan Kroenke at Arsenal and the Glazer family at Manchester United, says he will be an accessible, fan-friendly custodian with the team’s best interests at heart.

“The fans are working all week,” he says. “They have to pay the bills. Sports is entertainment and our job is to deliver an entertaining product.”

The protracted buyout, however, was not without its problems. “Before the acquisition, we had a rocky road,” says DaGrosa. “We didn’t just need a willing seller, but a willing city to invite us in and let us come into their community. Fortunately, I had the pleasure of meeting with many members of the Bordeaux City Council …
I told them our view that Bordeaux is a wonderful team and a wonderful city, and we want to create value with both of them for the benefit of everyone. They were skeptical, but that’s understandable. They don’t know who we are.”

Ligue 1 earns little traction, if any, in the US market, although plans to follow La Liga’s lead and potentially stage a regular season match in the States certainly appeals to Francophiles.

“Sports have always been on our company’s radar and this is a league that has enormous potential,” he says. “You can buy a Major League Baseball team which costs $1bn and is in a death spiral or, for a fraction of the price, own a storied club in Europe that’s going to continue to grow and ultimately realize its value down the road.”

You can guess which option DaGrosa chose.